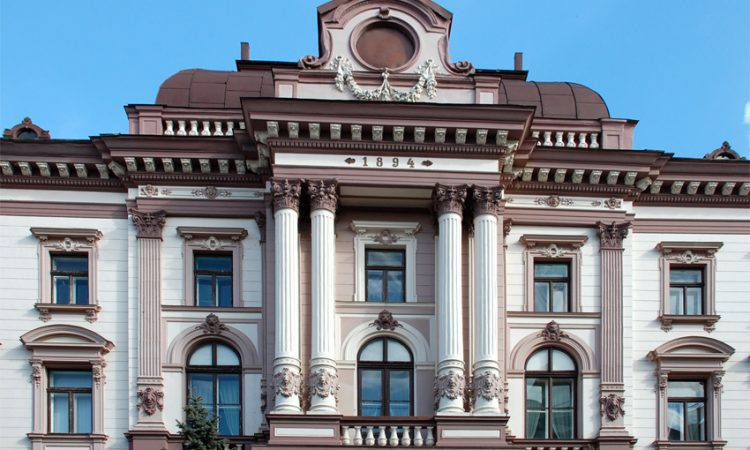 Ivano-Frankivsk National Medical University – was founded in 1945 as the Stanislav State Medical Institute. Since 1992 – Academy, since November 27, 2008 – National University.
It belongs to the 200 best universities in Ukraine.

Ivano-Frankivsk National Medical University (then the Stanislavsky State Medical Institute) was founded on October 6, 1945. By that time, the institute had 395 students and 47 teachers, among them only a few doctors and candidates of sciences, there were 14 theoretical and 2 clinical departments.

The staff of the institute quickly became involved in pedagogical, research and medical work, and after 10 years, 12 professors, doctors of sciences, and more than 1,000 students, came to university. The Institute has worked as a pedagogical, scientific, medical, cultural and educational center of the region.

Training of students and improvement of professional training of doctors is carried out at 51 departments . The educational process is conducted by 93 doctors and 231 PhD. Among the scientists of the University are 6 academicians, 6 honored scientists and technicians of Ukraine, 2 honored figures of the higher school of Ukraine, two laureates of the State Prize of Ukraine.

In recent years, about 200 effective scientific developments, innovations and medical diagnostic technologies have been transferred to practical health care.

14 positive decisions were made for inventions, 5 patents, including 4 patents of Ukraine and 1 europatent (for the test system of bioindication of radionuclide pollution of the environment).

Qualified medical care for the sick city and region is provided by university scientists in 40 specialties. About 40% of operations in city hospitals are carried out by high school employees.

Scientists of the University are participants, and scientific laboratories of the base, many international and national congresses, congresses, symposiums.

The University’s rector together with the Board of the Ukrainian Medical Association became the founders of the journal “Galician Medicinal Herald”, along with which the scientific and practical journal “Archive of Clinical Medicine” operates.

The university is the base of the student’s national anatomy olympiad.

There are computer classes, an Internet network, which is connected to the library, scientific and educational units of the university.

In the student dormitories, academic groups, the system of mentoring is worked out, in non-auditional time students are engaged in amateur circles, the club operates intelligent and resourceful. Three groups of amateur performances have been awarded the title of folk. In the plan of revival of folk traditions there is a cabinet of aesthetics.