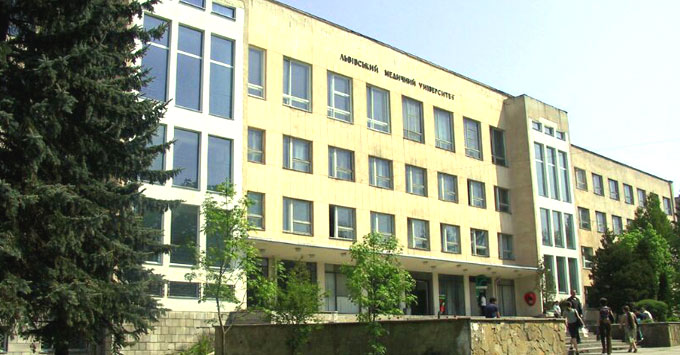 Danylo Halytsky Lviv National Medical University is one of the oldest and largest higher medical educational establishments of Ukraine. It originates from the medical faculty of Lviv University, opened November 16, 1784 in accordance with the patent of the Emperor Joseph II of Austria. Starting from 1986, November 16 is celebrated as the day of the University Assembly that day is a solemn meeting of the Academic Council, which is one of the leading professors delivers a speech assembly, is awarding Honorary Degrees of Doctor and Professor Emeritus of the University. This date is published yearly review the most important achievements LNMU.

January 20 1661 King John Casimir transformed Lviv Jesuit college in the academy with the assigned title of four university faculties: theology, law, philosophy and medicine. However, a full medical faculty until the closing of the University in 1773 and has not been formed.

21 October 1784 the Emperor of Austria, Joseph II signed a patent for the restoration of Lviv University consisting of four faculties. 16 November 1784 students of medicine was read the first inaugural lecture. From that day counts its history Lviv National Medical University named after Danylo Halytsky.

In 1939 , shortly after the transition from Western lands of the USSR Medical Faculty was isolated from the Lviv University and reorganized in Lviv State Medical Institute with two faculties – medical and pharmaceutical.

August 21, 2003  , the Presidential Decree number 872/2003 Lviv State Medical University named after Danylo Halytsky, given the national and international recognition of the results of its activities, contribute to the development of national education and science, given the status of National.

The Department of the University, the Institute of Clinical Pathology, Central Research Laboratory and the Laboratory of Industrial Toxicology, 1227 Scientists are 143 doctors and more than 640 candidates, including 114 professors, 350 associate professors. Among the faculty members LNMU – 5 academicians and corresponding members of the National Academy of Sciences of Ukraine and National Academy of Medical Sciences of Ukraine, 18 academicians and corresponding members of other academies, 8 winners of the State Prize of Ukraine in Science and Technology, 7 distinguished educators, 1 Honored Worker of Physical Culture and Sports of Ukraine, 12 distinguished scientists of Ukraine, 20 distinguished doctors Ukraine.

Foundation University Library has over 575,000 volumes of educational and scientific medical literature. The library has a modern computer equipment, Internet access, liaising with other academic libraries in the city, Ukraine and the world. This allows for teachers, researchers, job seekers and students necessary medical information, educational and scientific literature.

Last year at the Faculty of postgraduate education improved professional level for more than 10 thousand doctors and pharmacists, were about 900 postgraduate training interns. In 2012 he completed a residency training in 23 doctors (including 5 foreigners), 26 master’s degrees, 14 graduate students.

The students’ hostels are located near the main academic buildings. Students can be accommodated in 8 hostels with everything needed for studying (including internet clubs and reading rooms), everyday life (with canteens, cafes, the sewing and footwear work-shops, the barber’s and the laundry open) and rest (gyms available)