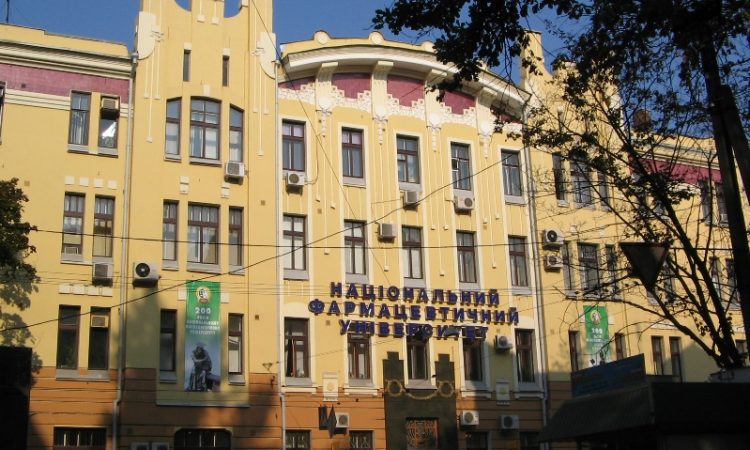 National University of Pharmacy is a domestic center of pharmaceutical education andscience development, which occupies a leading place in realization of public policy in traininga new generation of highly skilled specialists and implementation of competitive scientificdevelopments for science intensive pharmaceutical industry. The University createsconditions for deep scientific training of high qualification specialists on the principles ofeducation and science co-operation.

Initiation of higher pharmaceutical education in Kharkiv lands goes back to 1805 whenKharkiv EmperorUniversitywas founded. This year, Kharkiv academic Council of medical faculty gets the right to carry out experiments to get pharmaceutical title and gesel (pharmacist’s assistant), pharmacist and chemist degree according to these experiments’ results. In 1812, on the basis of the University’s chemical laboratory, the new pharmaceutical laboratory was opened, thus students and those who have been preparing for examinations to get a pharmaceutical degree had an opportunity to obtain trainings inpharmacy, pharmacognosy, forensic medicine analysis and physiological chemistry.

During 1812-1815, the founder of the laboratory M. P. Bolgarevskyi, was at the head of it.He was one of the best young scientists of the University and gave lectures in Pharmacy. In 1813 more than 100 karbovanets (the official currency of that time) were spent on purchasing of manifold instruments and manuals for the laboratory. The laboratory was accepting sponsors’ presents; for instance, in 1814, an iron reverberating furnace was ordered. The laboratory accepted crystal and glass utensil intended for experiments total cost of which was 63 karbovanets in silver from Maltsov an honorable supervisor of schools inBryanskdistrict. Professor Y. S. Gordienko had made a considerable contribution into thelaboratory’s development having bought an expensive equipment.

Since 1860, there were actively given trainings in mineral and organic substances analysis pharmaceutical chemistry in the laboratory and were carried out toxicological Since 1865,,the laboratory was used for physiological chemistry Some of them were carrying out scientific researches in forensic chemistry field under their tuition to medical researches.students. teachers’ guidance.

Since the middle of 1880s  there were regularly given trainings in Pharmacy and Pharmacognosy for students of Medicine Department in the laboratory. The program of practical trainings for pharmacists, who attended lectures in order to receive a druggist status, was significantly improved.

The National University of Pharmacy is a modern European institution of higher education of IV accreditation level. In 2005 the university had celebrated its bicentenary from the date of its establishment.

The University has advanced material and technical basis which equals 105000 square meters and meets the requirements of world education quality standards. There are 6 university buildings and 5 hostels.

The cooperation with the leading pharmaceutical and chemical factories ofKharkovand Ukraine is an integral part of the training process. Moreover, the university publishes numerous magazines and textbooks which are popular in Ukraine and out.

Now the university has more than 17000 students 1000 of which are foreign ones. The diplomas of the National University of Pharmacy are recognized all over the world.

NUPh is the center Of Pharmacy Science

Post-graduate training is conducted during 3 years, full-time (3 years) and part-time (4 years) form of study. After finishing the post-graduate training successfully and scientific thesis defence the Doctor of Pharmacy degree in the field of pharmacy is conferred. Journals: “Clinical Pharmacy”, “News of Pharmacy”, ((Organic and pharmaceutical chemistry” are published in the National University of Pharmacy. Publications of these journals are recognised by the highest attestation commission of Ukraine.

Nowadays more than 16 000 students study in the University, among them approximately 100 foreigners. Foreign students are trained since 1965, for these years University has prepared more than 4 000 professionals in the field of pharmacy for 73 countries of the world. In the NUPh foreign citizens can get education in Russian, Ukrainian or English. Duration of study in Russian and Ukrainian is 6 years (the 1st year study at the preparatory faculty). Duration of study in English is 5 years.

University posses 5 hostels with the total area of 28431 sq.m for accommodation of 2220 students.

The International Office provides a guarantee of accommodation placement services to all international students who receive an academic offer. There are several accommodation options for international students and it is important to consider whether you prefer an independent lifestyle or enjoy living in a community.  Combine the convenience of living on or near campus, access to programs and services to help you excel academically, the opportunity to build lasting friendships, and comfortable, affordable living and you have the life of a University. The territory of the University and the main students’ routes from the hostels to the educational buildings are protected and patrolled by officers of guard service.

All rooms in hostels are provided with internet facility. Hostel No.5 is provided with the free internet facility.  Hostel No.5 is equipped with wi-fi zone. Students  can use a laptop, wifi phone  or other suitable portable device to access the wireless internet connection  provided. Rooms on campus are available to students. All hostel rooms are furnished and vary in size and number of conveniences. Dormitory rooms at hostel can accommodate 2 or 3 students to a room.