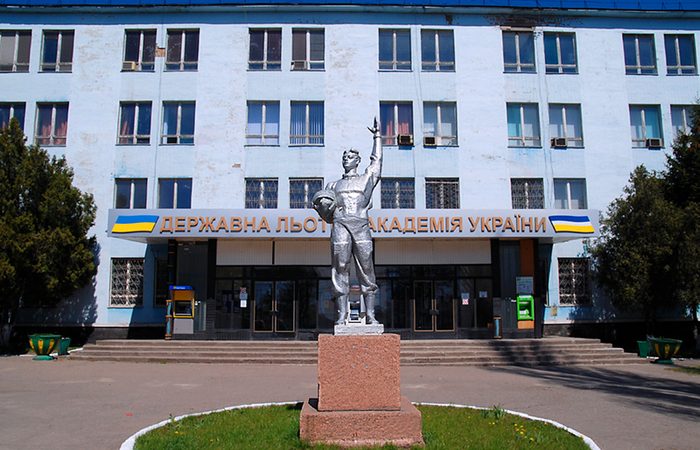 The State Flight Academy of Ukraine in Kirovograd is consider, being one of the best International Flight Schools and is the unique component of the National Education in Ukraine.

The training are conducted in both Russian and English (with the assistance of an interpreter).

Course duration is 18 months. Total flight time is 165 hours (including 140 hours on aircraft).

The training is conducted in Russian & English.

Course duration is 30 months. Total flight time is 300 hours (including 265 hours on aircraft).

The training is conducted in Russian & English.

The Flight and Technical Department keeps the documents that regulate the flight work (ICAO, IATA, Ukrainian aviation, flight manuals for all aircraft types).

CLUB, HOSTELS AND DINING ROOM are available in the territory of Flight Academy.

Its history began more than 50 years ago. The 60th Military Aviation Flight College was created in Kirovograd in 1951, and prepared the flight crews for Soviet Army Military Air Forces until 1960.

In connection with the decision of Soviet Government concerning USSR Military Forces reduction, the College was transformed into the Kirovograd Civil Aviation High School.

Kirovograd Civil Aviation High Flight School was carry out the training of Aviation Personnel for Aeroflot and Aviation Companies all around the world from 1960 until 1978.

In the 60 th., the new Aviation hardware, Jet and Turboprop Aircraft were introduce into Civil Aviation.

This fact complicated the process of Air Traffic and raised the demands to aviation staff. It became necessary to create the Civil Aviation Higher Education establishments.

In 1993, by the order of the Cabinet of Ministers of Ukraine the College got the status of the State Flight Academy of Ukraine. So, the high quality of training at the Academy is based on the great experience and many years’ traditions.

During the period of its Operation Academy prepared more than 110 Thousand of Aviation Personnel, including more than 4 thousand Specialists for 66 Countries of the world. Our graduates work on all main lands of the Earth (except Australia) and hold different posts.

Among them are Pilots, Air Traffic Controllers and Heads of the Services, Flight Crews and Detachments Captains, Chiefs of the Departments, Air Companies and Flight Complexes Directors. Besides, our graduates are heads of Aviation Services in Mongolia, Bulgaria, Moldova and several African countries.

For the high quality, training of Cuba Republic Specialists the Academy was awarded with the Cuban order “De la SOLIDARIDAD”, and for the great contribution into high-qualified personnel training for Ukrainian Aviation, it got the Silver Medal of International Academic rating “Golden Fortune”.

The activity of the State Flight Academy of Ukraine is Certified by International Aviation Committee (CIS), got the License of the Ministry of Education and Science of Ukraine and the 4th level of Accreditation.

At present the Academy provides training on the following Specialties:

The State Flight Academy of Ukraine went through many difficulties of living in the new economic formation and now is both the only one Flight Education establishment in Ukraine and world level Center of 21st Century Aviation personnel training.