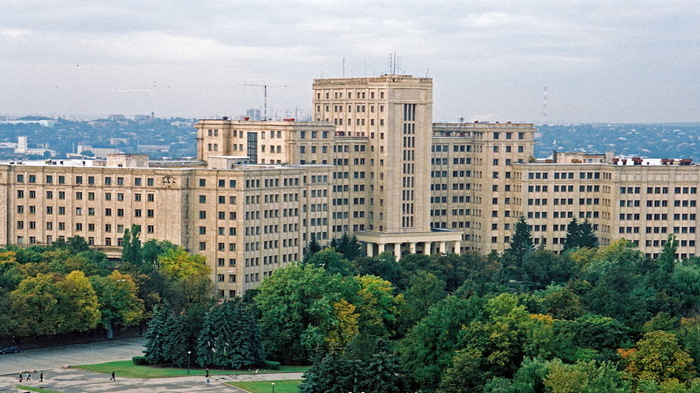 V.N. Karazin Kharkiv National University is one of the oldest universities in Eastern Europe. It was founded in November 1804, on the initiative of the prominent educator V.N. Karazin and in accordance with the charter of Tsar Alexander I.

The opening ceremony was held on January 29, 1805. The University made an important contribution to the Ukrainian national renaissance of the XIX-XXth centuries. It gave a powerful impetus to the emergence of Kharkiv as a major scientific and cultural center and an academic hub of Ukraine. Today the University justly rates among the best Ukrainian classical universities and is known in many countries.

The history of Kharkiv National University is part and parcel of the intellectual, cultural and spiritual history of Ukraine. The names of many world famous researchers, scholars and educators are associated with Kharkiv University, among them are P. Hulak-Artemovskyi, O. Lyapunov, M. Kostomarov, M. Barabashov, M. Beketov, D. Bahaliy, A. Krasnov, M. Ostrohradskyi, V. Steklov, O. Potebnya, O. Pohorelov and many others.

Kharkiv University is the only university in Ukraine that has trained and employed three Nobel Prize laureates: the biologist I. Mechnikov, the economist S. Kuznets, and the physicist L. Landau.

At different times titles of Kharkiv University Honorary Members and Doctors were conferred on outstanding scholars and public figures of many countries, including J.W. Goethe and A. Humboldt, I. Franko and L. Tolstoy, P. Semenov-Tyanshanskiy, and others.

The title of Honorary Doctor of Kharkiv University was conferred on the first President of Ukraine Mykhailo Hrushevskyi.

Kharkiv University is associated with the first Ukrainian newspapers and journals and the first scientific societies.

The activities of the University have developed Kharkiv into a major industrial, scientific and cultural center. Many Kharkiv streets are named after professors, researches and alumni of the University.

January 17 (January 29 according to the Gregorian calendar) 1805: the Decree on Opening of the Imperial University in Kharkiv came into force. It was the second university in the South of the Russian Empire. It was founded on the initiative of the local community with Vasyl Karazin at the fore, whose idea was supported by the nobility and the local authorities. Count Severin Pototski was appointed the first supervisor of the university, the first rector becoming the philologist Ivan Ryzhski. 1820—1850: for a certain period of time, the University of Kharkiv was autonomous with the rector being elected, however, in this period all its activity was strictly controlled (rectors were appointed by the Minister of Education), scientific publications and the academic process were censored. 1863: according to the new Statute, the university became partly autonomous. In the 19th — beginning of the 20th century, the University of Kharkiv had 4 schools: School of Physics and Mathematics, School of History and Philology, School of Medicine, School of Law. 1839: A veterinary school, which later (1851) became an independent institute, was established within the university, At this time, the university structure also included laboratories, clinics, an astronomical observatory, a botanical garden, and a library. In 1811, the Philotechnical Society was founded, the Mathematical Society of Kharkiv, the Historical and Philological Society of Kharkiv, the Naturalists Society, Societies of Physics, Chemistry, Law, etc. were established in the second half of the 19th century. The first periodicals in Slobozhanshchyna appear in the university around this time: «Kharkovski Ezhenedelnik» (1812), «Ukrainski Vestnik» (1816—1819), «Ukrainski Zhurnal» (1824—1825), etc. The university exerted great influence on school-life in Slobozhanshchyna in the first period of its existence (1805—1835). The university has been publishing “Scientific Notes” since 1874.

V.N. Karazin Kharkiv National University with its over 200-year history is a leading Research and Educational Institution in Ukraine.

In the “Top-200 Ukraine” rating conducted by the UNESCO Chair for 2009 Kharkiv University ranks third among all Ukrainian Higher Educational Institutions. According to Scopus, the world’s largest abstract and citation database, the University holds the third position among Ukrainian Research and Educational Institutions by the number of articles published in the leading international scientific publications.

Today the University has 20 Schools and 125 Departments which provide training for specialists in 61 majors. The University also comprises 3 Research Institutes (of Astronomy, Biology and Chemistry), Central Scientific Library with over 3.5 million books in its stocks, Botanical Garden, University History Museum, Museum of Natural History, Museum of Archeology and Ethnography. All University Schools, Center for International Students Training and Pre-Enrolment Training Center provide teaching for 15 000 students and 500 postgraduate students. The University employs for teaching and research 308 Doctors of Sciences and Doctors of Letters, full professors and about 800 PhDs, associate professors including 15 academicians and corresponding members of the National Academy of Sciences of Ukraine and Sectoral Academies.

The University is distinguished by its 24 internationally-recognized scientific schools and it has the biggest potential and base for training high skilled personnel in the Left-Bank Ukraine. The University has over 20 Expert and Senior Expert Examining Boards where 10-15 Doctorate and about 60 PhD theses are defended annually. Every year University scientists publish over 60 textbooks and 300 manuals, about 60 monographs and over 80 issues of the University Bulletin and other journals, about 2500 scientific articles and abstracts, including over 400 articles in leading international scientific journals. Annually the University holds more than 150 international and national conferences on research and teaching methods.

Combine the convenience of living on or near campus, access to programs and services to help you excel academically, the opportunity to build lasting friendships, and comfortable, affordable living and you have the life of a University. The territory of the University and the main students’ routes from the hostels to the educational buildings are protected and patrolled by officers of guard service.

All rooms in hostels are provided with internet facility.

Rooms on campus are available to students. All hostel rooms are furnished and vary in size and number of conveniences. Dormitory rooms at hostel can accommodate 2 or 3 students to a room.

All rooms are equipped with bed, mattress, pillow, blanket, desk, chair, Almira,heating, water system and suitable lighting for both study and relaxation. There are common areas where students can play and mingle. Upon the students arrival on campus, specific accommodations are assigned and after a satisfactory health report the student will be accommodated to the room which is allotted to him.

Off campus housing can be obtained in nearby apartments. Available apartments and houses are furnished, and vary in size, cost and number of conveniences. Life in Kharkov is friendly and devoid rush. While at first some students may miss their home environment, native foods, or a hurried pace, they soon learn to appreciate and enjoy a cultural different their own.

In the hostel each room is attached with kitchen is provided for students to cook food to their own taste. Students will need to supply their own kitchen utensils. Meals may be bought from various food outlets. All the rooms are provided with heaters. Our hostels feature 24-hour access to security and emergency services, making it easy to get assistance when you need it. As a campus resident, you also have access to all support services such as campus Security Services, counselling Services and health Services.