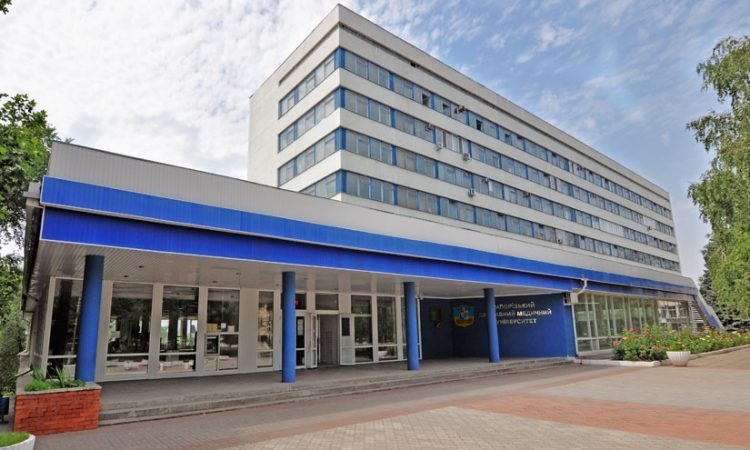 Zaporizhzhia State Medical University is a modern, multidisciplinary higher education institution 4th level of accreditation with the right to autonomous control. It looks like a student campus on the picturesque bank of the river Dnieper, the biggest river in Europe.

The history of Zaporizhzhia State Medical University comes back to the Women Pedagogic Courses organized in Odessa in 1903.

In 1921 the Courses were reorganized into the Chemical-Pharmaceutical Institute.

In 1935 it was reformed in the State Pharmaceutical Institute. In 1941 the life of the Institute was interrupted by the Great Patriotic war till 1944.

In 1975 Zaporizhzhia Medical Institute got a status of the Institute of the first category.

In 1994 the Institute was reorganized into Zaporizhzhia State Medical University of the IV (the top) level of accreditation. Its main task is the provision of higher education to the level of specialist, bachelor’s and master’s degrees and post-graduate training in the internship, master, postgraduate, doctoral and professional development of physicians, pharmacists and pharmacists.

At present Zaporizhzhia State Medical University consists of 4 academic buildings, 20 clinics, 5 students’ hostels for 2900 students, 2 canteens, a cafe, the library with more than 580.000 books, a concert hall. There is a unique sport complex with three gyms, a stadium with a football field, track-and-field sectors, sports grounds for handball, mini-football, volleyball, basketball, a swimming pool, tennis courts, a shooting-range, a chess-and-draughts club, a fitness-club. The territory of the University is of 12 hectares of park zone, which is situated on the picturesque bank of the river Dnieper and make the campus convenient and comfortable.

The University has its own a preventive-treatment dispensary and a sport-health resort on the seaside of the Azov Sea. At 52 chairs about 70 professors and doctors of science, about 300 assistant-professors and candidates of science, the academicians of native Academies, Honorary workers of science and engineering, Honorary workers of higher institutions of Ukraine, State prize winners are engaged in pedagogical and scientific-research work. The total number of teachers with scientific degrees is above 81,3%.

The scientific schools of the University are well known outside Ukraine. They are the cardiology school of Academician of the Ukrainian National Academy of Sciences, Doctor of medical science, professor Visir A.D., the pharmaceutical school of professor Mazur I.A., the surgery school of Honorary worker of science and engineering, professor Nikonenko A.S. For the first time in Ukraine the transplantations of heart, liver, kidney and pancreas were fulfilled by the specialists of this school. More than 500 operations on transplantation are performed there. The scientists of the University are masters of all modern methods applied in leading clinics of the world.

The University has its own medical-diagnosis center.

The introduction of computer technologies into the teaching-studying process, scientific research, management is one of the priority University’s activities. At present, there are 20 computer classrooms at the University providing students with educational programs based on the multimedia technologies and test controlling courses in the main subjects. The local information net server was installed in the University. The University has unique equipment for conducting fundamental and applied scientific investigations: computer tomographs, devices for ultrasonic diagnosis, angiographic and endoscopic checkup, radioisotope diagnosis etc. The material-technical support is the best one among the medical universities of Ukraine.

Recently more than 30 preparations have been worked out by the scientists of the University, produced and brought into medical practice and applied in industry. For the first time in Ukraine, the analytical-information system of medical-ecological monitoring was set up. The results of scientific work were reported at international forums in Sweden, Czech Republic, Spain, Holland, Brazil, and Austria. The University has its own scientific editions: “Zaporizhzhia Medical Journal”, a collection of scientific works “The Actual Problems of Medical and Pharmaceutical Science, a scientific-practical journal “Pathology”

Zaporizhzhia State Medical University looks like a student campus. It is a detached territory protected by a specialized guard for 24 hours. There are 3 academic buildings, 5 hostels, libraries, sport center, some canteens and cafes on its territory. Trees, bushes and lawns surrounding the campus, the picturesque banks of the largest river of Ukraine the Dnieper promote a favorable climate and conditions for creative studies. Junior students have their classes at theoretical chairs on the territory of student campus. Senior students are trained at clinics of medical profile which are situated not far from the University. The student hostels of the University accommodate 2900 people, two of them are destined for foreign citizens. The hostel buildings are of a modern block type and consist of the rooms for 2-3 persons with every convenience. There are Internet clubs in the hostels.